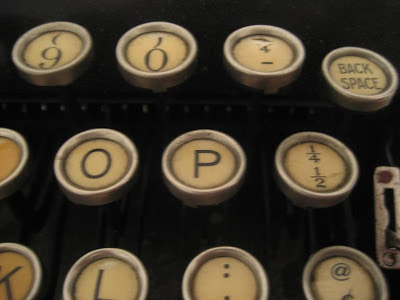 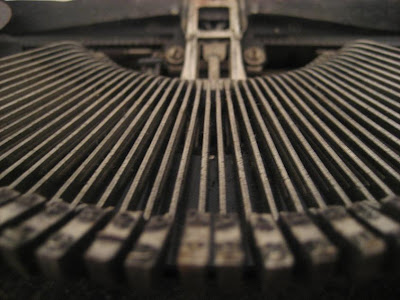 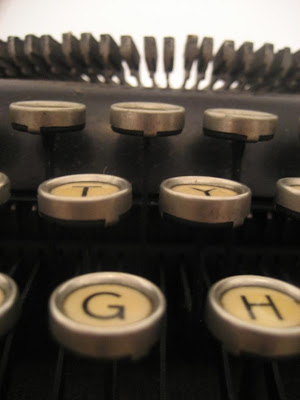 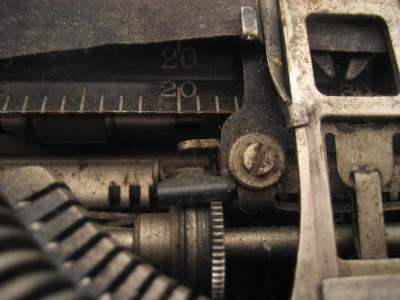 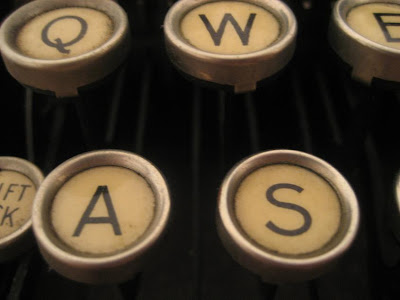 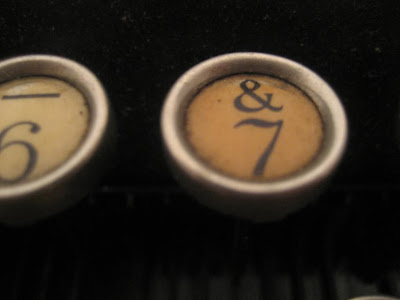 And, believe you me I have been writing. Unfortunately, schoolwork is going to keep me occupied until the end of the schoolyear (at which point I'll have to come up with new excuses for why I'm not blogging here). Seriously though, I'm working oj some fun stuff and I look forward to sharing it all with you once I have the time. Cheers.

Since I haven't been around, here's a WHOLE STORY! that I've been meaning to post here for awhile; some of you have already read it, so sorry about that. (Also, look at that, I fee guilty and post awesome things whenever I haven't posted in awhile. Maybe it's in your best interests for me to neglect my blogging duties.) Anyway, I'm posting the story partly because I've submitted it a couple places only to have it rejected, and I want to get some more opinions. It's hard for me to imagine revising because at this point it feels so complete to me. But, I'm workshopping it this week in my class so that should help open me up to how the story makes other people feel. So, let me know what you think!

After coming home from work, Amy plopped down on the couch with a bag of chips to watch some TV. Halfway through the program she felt something tickle her bare left foot. She absent-mindedly brushed away whatever it was. The sensation persisted, however, and soon became an itch. Still not looking away from the TV, she reached down with her right hand to scratch at the top of her foot. Her fingers found a patch of dry skin. As she scratched at it, the offending skin flaked off in tiny pieces. She rubbed at it until the spot felt smooth and the itching had stopped. Satisfied, she leaned back and popped another handful of chips into her mouth.

She didn’t give it another thought until she woke the next morning to that same itchy feeling on both of her shins. That’s odd…I hope my eczema’s not coming back, Amy thought as she reached under the covers to scratch.

She decided to take a look at her foot. She pulled back the covers and grimaced at what she saw. Where she’d rubbed away the dry skin, the new layer of skin was smooth, but soft and sickly-looking. It had a slight greenish tint and a translucent quality, and she could see a web of dark crisscrossing veins beneath. It definitely didn’t look healthy, and it was starting to itch again around the edges.

Maybe it’s not dry skin, maybe it’s a rash. Maybe something bit me last night and I had a bad reaction. She resolved not to scratch anymore, as hard as that would be with the feeling on her shins intensifying and spreading. Steeling herself against temptation, she got out of bed, had a quick, cool rinse in the shower, rubbed some anti-itch salve on her legs and feet, got dressed and went to work.

All morning she had difficulty concentrating; the itching didn’t let up and only intensified the longer she ignored it. Her fingers ached to go to where her skin prickled and just dig in. At one point she reached around to scratch her lower back and her hand came away with little bits of dead skin under her fingernails.

Eventually, too agitated to even pretend to work any longer, she asked her supervisor for the rest of the day off. Immediately upon arriving home, she tore off her clothes and threw herself into the shower. She scrubbed furiously under the cool stream, seeking some relief from this nightmare, but with each scrub, more flakes came away to reveal a gangrenous-looking under-layer, and the itch just kept spreading. What’s happening to me?!

Not bothering to grab a towel, Amy dashed to the phone and dialed her physician only to learn that the doctor was on vacation. She thought about calling 911 or going to the emergency room, but even imagining trying to explain anything to a paramedic, never mind driving herself in this condition… She tried to think of someone, anyone she could call, but her rising panic was making it increasingly difficult to think.

Overwhelmed, she went back to the bathroom where the shower was still running and sank down into the bathtub. Dead skin matter soon blocked the drain, and the tub filled with tepid, slightly discolored water. As she sat and soaked, whole sections of skin loosened, detached themselves from her body, and floated away like strips of wallpaper. Where her fingers and toes puckered from prolonged submersion in the water, the skin bubbled up like itchy but painless blisters, ready to be popped and peeled off.

Only then did she notice how tense the top of her left foot felt where the problem had started. It was almost uncomfortable but not in the same way as before: now there was no itching, now it felt tight, dense and…less alive, somehow. Cautiously, she lifted her foot out of the cloudy water to see what had developed.

No longer translucent and no longer soft, the layer of skin that her scratching had exposed had…hardened, somehow, and solidified since she first looked that morning. This new patch had deepened in color and had the sheen of a fingernail, and it was symmetrical, diamond-shaped. It reminded her of something she’d seen on television, on some nature show…and when she realized, Oh god, when she realized what that something was, her stomach lurched. As the blood drained from her face, it occurred to her that she could feel a tightening sensation across the skin on her legs…

Amy slid her foot back under the water. After awhile, she turned off the faucets and stood up. Slowly and deliberately she stepped out of the tub and stood in front of her bathroom mirror. As water dripped off of her body, which was an ever-less-familiar patchwork of greenish, vein-riddled, and soft, peach sections, she took a deep breath and let it out with a slow, gentle hiss. 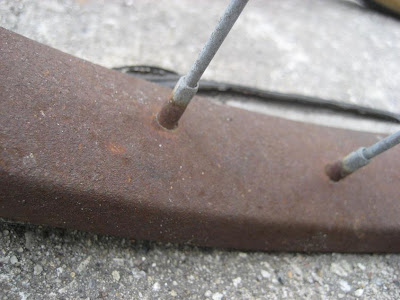 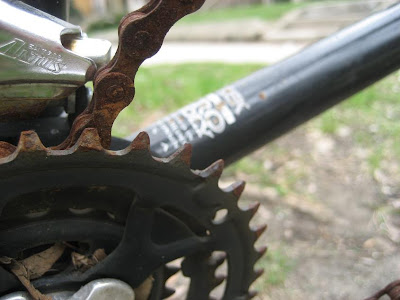 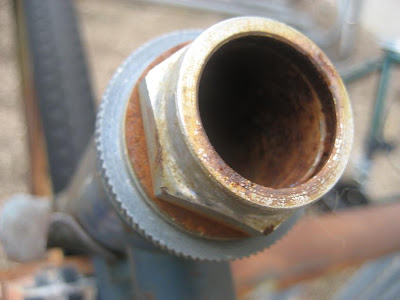 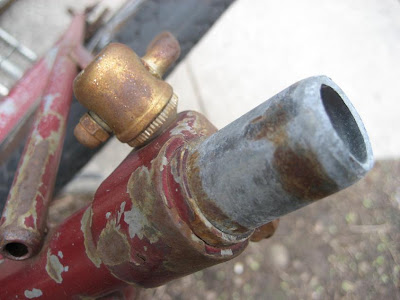 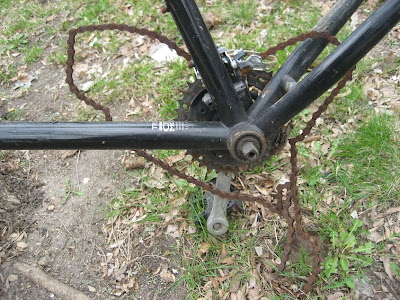 For almost a year I've been wanting to do a project involving the numerous abandoned, scrapped, and rusting bikes around the neighborhood. Here's a first attempt. These photos come from three different bicycles; the one in the second and last pictures is just a frame: 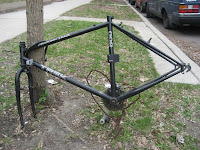 It's even missing one of its pedals!
says Ayn at 16:38 3 comments: Links to this post