I just got back to my house after wandering around with some other students after our orientation meeting (and I just met the family cat--I think she is 14 years old. There is also a hyperactive puppy named Martina).

Here is the view outside of my bedroom (looking out over my second-floor patio): 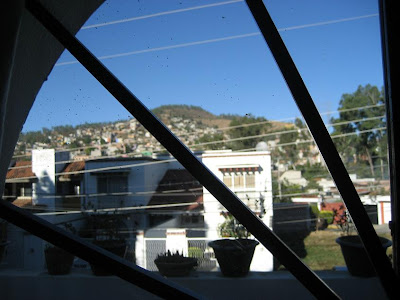 My host mother's name is Virginia, and we (another student Jasmine and I) live in Fraccion Rincon del Acueducto. Also living here are Virginia's two older daughters, a maid, a translator, and a few other students: a German guy who is leaving soon, and two girls from the University of Maryland studying hear for three weeks. The house is huge, and really nice (more pictures later).

This morning we had orientation at El Instituto Cultural Oaxaca, the English language center where our classes will be held. A couple interesting things I learned this morning:
After the orientation I went out with some other people to try to find cell phones to buy. The town really doesn't appear to be very large, and I'm looking forward to getting to know it well, once I've studied my map a little bit more. Some pictures from the day's travels: 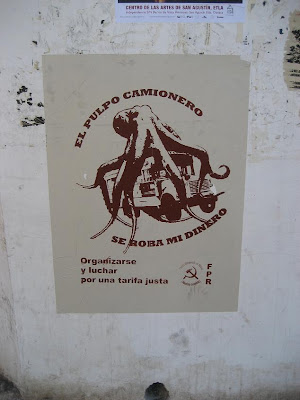 Communists are anti-octopus. (Well, if they stole your money, wouldn't you be, too?) 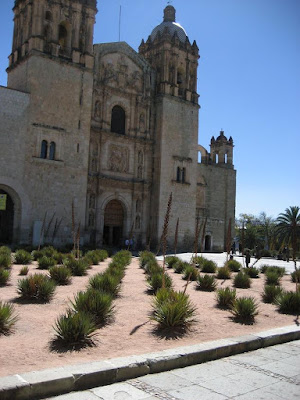 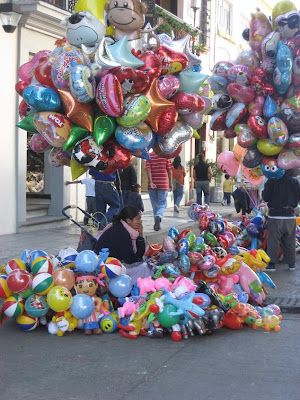 A balloon seller in the Zocalo, the town center. 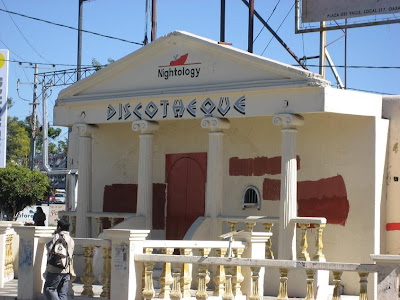 Nightology is the best nightclub name I've ever heard.

Lunch is soon, and then later I'm meeting up with people to wander around some more. Everyone that I've been hanging out with is really friendly, and I feel very certain that I'm going to have great friends soon.

As for speaking Spanish... My listening skills are still pretty good. Some of the shopkeepers today were speaking a little fast, but for the most part people in Oaxaca speak at an easy speed to understand. A lot of my grammar and much of my vocab is failing, so I'm keeping rather quiet when not around the other students, but I'm confident that I'll improve quickly once classes start.
says Ayn at 12:48

I particularly like the faux-Greek stylings of that nightclub! Of course, coming from Korea, I am no stranger to wacky club names.

A couple notes on that nightclub: a) it is reportedly super-sketchy (someone's host-most told her never to go there), b) it is at a really busy intersection, so I wonder what the casualty rate is for drunks, and c) I have never seen it open.